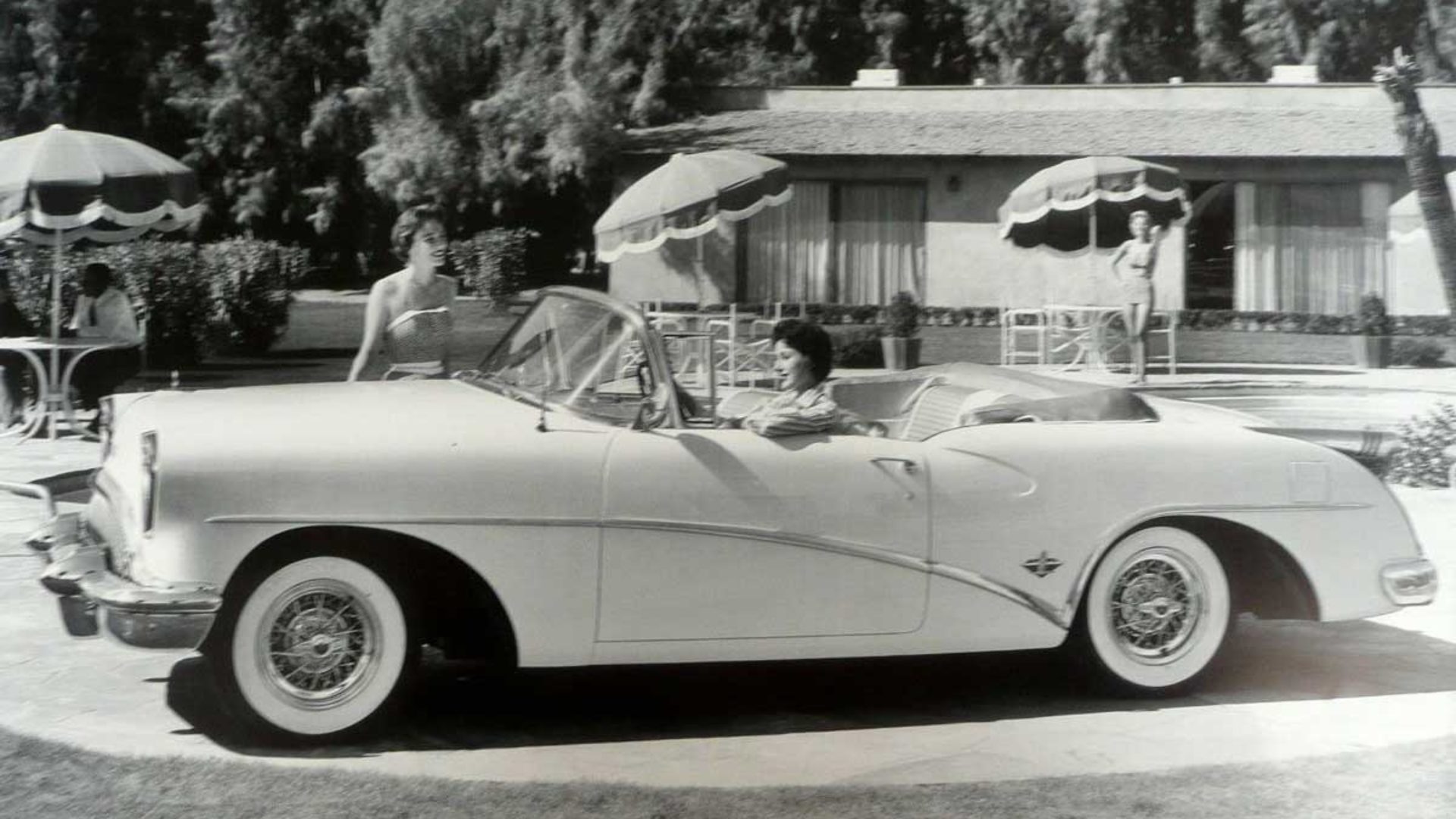 GUIDE LAMP, a Division of General Motors Corporation (1928-1998) in Anderson, Indiana, was a major contributor to the new car industry supplying primarily interior and exterior lighting and mirror-related components.  Do a quick walk-around a standard factory-equipped 1953-1954 Skylark and you will see the GUIDE name somewhere on the following OEM parts: sealed beam headlight assemblies (GUIDE T-3’s came later); front and rear parking, directional, tail, and stop lamp assemblies (not GLO-BRITE); and the exterior vent window post-mounted 1953 and the fender-mounted 1954 mirrors.  Checking out the interior, you will find a glare-proof rear-view mirror, dome lamp, map lights, and the parking brake warning light to name just a few others.

Numerous articles have been written about Skylarks being fully equipped from the factory…no equipment or accessory options offered to buyers…not to be confused with factory special orders like a non-standard trim or paint color choice.  Here’s a new one for me, also manufactured by Guide, the AUTRONIC-EYE that was introduced and advertised as factory-installed only on 1952 Oldsmobile and Cadillac models.  Some of Autronic-Eye’s advertising for 1953 added Chevrolet and Pontiac to the list too, but never mentioned Buick.  I spotted these pics of the automatic headlight high/low beam controller system on a 1953 Skylark that was auctioned off last year and the info was posted on the internet. What do you think, OEM or not?

The automatic beam control system was a four-part deal: the left side dashboard-mounted photo eye that relayed an electronic signal to the power unit; the firewall black-box power unit amplifier; an electrical relay nearby; and a second foot switch located near the OEM foot switch location which had the capability to override the automatic headlight controller.  Owner complaints of erratic dimming operation due to minor lighting level fluctuations from street lighting and traffic stop lights contributed to the Autronic-Eye’s demise in 1958.  A new and improved version for 1959, the GUIDE-MATIC, now centrally located on the dashboard, had an added switch that allowed drivers to adjust when the headlights dimmed.  The newer version survived through mid-1960 on all GMC models except for Cadillac.  Cadillac retained this Guide-Matic system through 1988.

Way back when roadways were dimly lit, pizza home-deliveries were just becoming popular, and before halogen bulbs existed, Buick advertised and offered new car buyers two dealer-installed Guide Lamp accessories amongst other dozen-plus Buick-approved accessories: the Handy Spot and the Safety Light. The Handy Spot was essentially a high-powered flashlight with a long cord, plugged into the cigar lighter for power, came in handy to use as a trouble light when making nighttime roadside repairs under the hood or changing a flat tire. When not in use, it was considered a glove-box item. There were various knockoffs of this accessory but the real McCoy has the BUICK script cast into the shiny handle and a flip-back hook/stanchion on the backside.

The Safety Light was Buick’s nomenclature for their combination spotlight with a built-in exterior rear-view mirror, totally operable and adjustable from the interior driver’s seat while the window was in the up position. The location required a drilled hole through the driver’s upper exterior door panel and through the interior door DI-NOC’d window belt panel rather than through the windshield’s A-pillar. More candlepower than a headlight sealed beam, it was the perfect searchlight for reading house numbers or playing games at the local Drive-In movie theaters.  Likewise, other variations from Unity or Appleton were popular aftermarket items during the 1950’s era.

Consider installing one of these on your Skylark. Your son will enjoy delivering pizzas in the koolest delivery wagon around town.