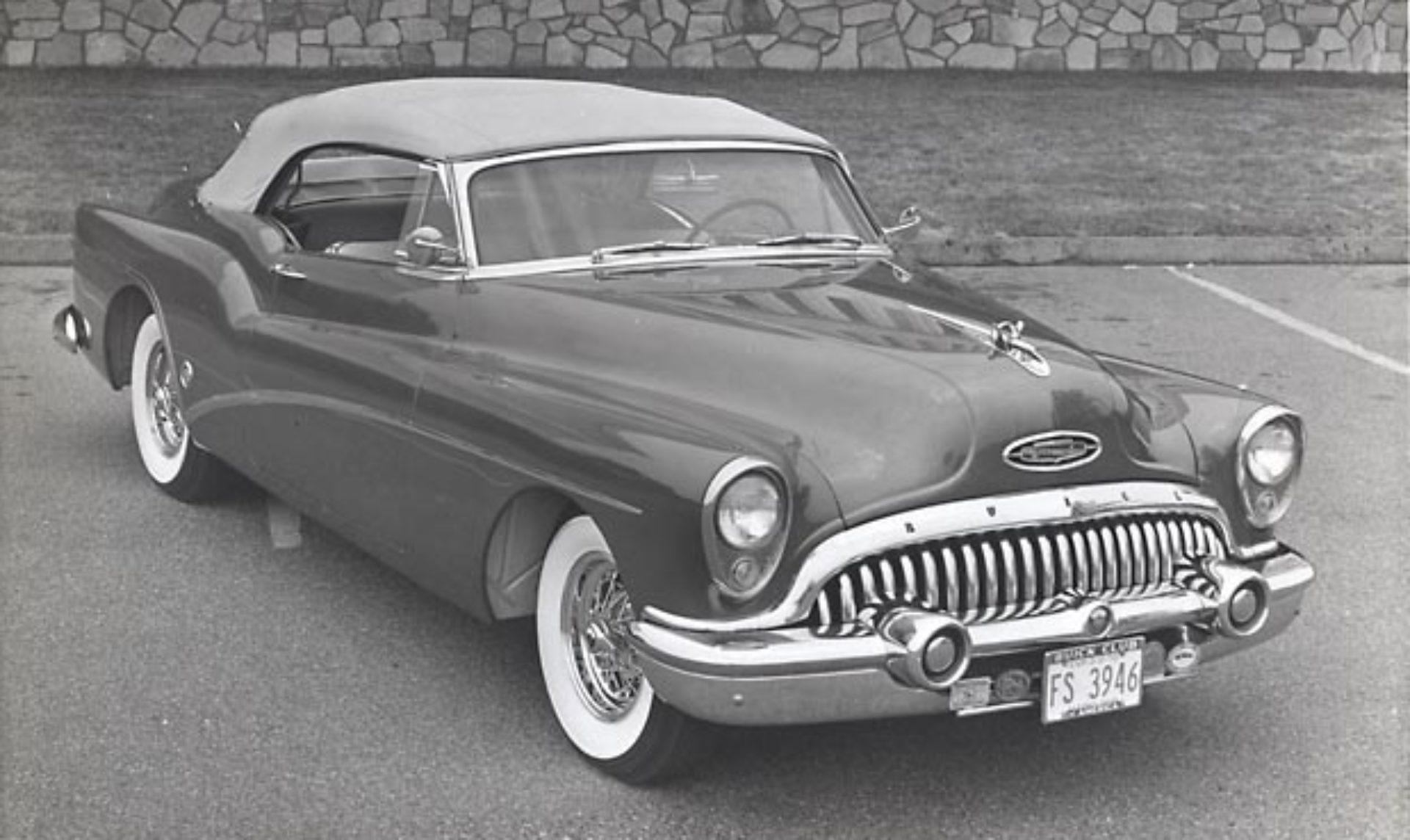 Have you ever noticed the pointer needle on your oil pressure gauge take a nose dive to the left toward the L (for low or lost?) after a high-speed panic stop, and while the engine was still running, how long it took for the oil pressure to recover back to the mid-point N (for normal, 35 psi)? If so, did you ever figure out what the likely cause was for this to happen? I came across a copy of a Buick Red Band (urgent) Service Letter to Dealers dated 5.05.55, advising that Buick engineers might have finally came up with a possible answer for this sudden loss of oil pressure, possible contributing factors, resulting damages, and a quick fix for all 1953 and early-1954 Buick V8 engines with the 1953 oil pump. The change point for the newly designed, factory-installed, oil pump was Engine Serial Number (V)626632(7) that translates to the June/July-1954 production months.
According to the letter and to duplicate this scenario after the oil pump’s by-pass valve checked out okay, possible contributing items found included an excessively dirty, plugged, or greatly restrictive oil filter and/or the oil level read more than two quarts low on the dipstick. During a rapid deceleration with one or all of the contributing items existing, it was determined that the oil rushing forward in the oil pan uncovers the oil pump’s rectangular pick-up screen that allows air to be sucked into the pump and oil system. Due to the air lock, the reduced oil pressure is insufficient (6 psi needed) to open the oil pump’s by-pass valve immediately. Recovery time was noted as dependent on both the oil level and filter restriction amounts. Field service personnel attributed a few burned out main crankshaft and connecting rod bearings to this loss of oil pressure.
Compare the two pictures shown below, taken from 1953/1955 Buick Shop Manuals, and notice the differences in the engine’s lower crankcase. My first impression gave me an inkling that an investigation into this problem might have been brewing for a while. After the original one-year, one-hit wonder 1953 oil pan’s run ended, a new double-dipper oil pan was introduced at the startup of the 1954 production run along with a redesigned crankshaft baffle profile. Then later in 1954, the new oil pump with a circular pick-up screen was introduced and located more-forward to eliminate the possibility of an air lock. Lastly, the baffle was completely eliminated before the end of the 1955 production run. Oil pans have a 10-quart capacity and the suggested oil fill for a completely dry engine is 8 quarts. An oil change with a new filter requires 7 quarts with the residual oil film throughout the engine accounting for the 8th quart. I took the time to fill up a spare oil pan to confirm the total capacity and the referenced 2-quart-low line and noted it accordingly with the dashed line. For those with sharp eyes and good memories, note the short 1953 dipstick depicted in the picture with the high markings that was a 1953 recall item I addressed in a previous Newsletter. The original dipstick readings indicated no oil with 3 quarts remaining.

So what was the quick fix, short of replacing the oil pan and pump, for preventing an air lock in the oil system that took so long to figure out? A single hole, 3/32” in diameter, drilled into the underside of the doubled-walled oil filter canister’s base assembly’s lid, once the canister and oil filter were removed, was suggested. Buick service personnel were instructed to make this change and charge the customer when their car came in for Buick’s Lubricare Service. It might be a good time to drop the oil pan (24 bolts), clean out the sludge, clean out the pick-up screen, check out a few rod bearings, and verify which model oil pump you have. Looking for a drilled hole during your next oil filter change would be a good idea too. Do you think your engine rebuilder would know of these upgrades? TOODLE-LOO!